A few years back, upon visiting Italy for the first time, I found myself applauding the lazy "Dolce Vita" pace of life that most Italians regard as their birthright. Brief cappuccino breakfasts eaten standing up, (to allow for the longest possible time spent in bed, of course); leisurely lunches panning across the afternoon; bottles of Wine and plates of Antipasti and Pizza and Cannoli pastries lulling one into the evening like an over-fed cat. I thought to myself, "wow, I could get used to this"...then, half a year later I visited Egypt, where the art of laziness was taken to a whole new level. Men spending the entire day smoking on a Nargileh waterpipe in some dim cafe, guzzling endless cups of tea, while amidst the frantic noisy beast that is the megatropolis of Cairo, one could literally do absolutely nothing for an entire day, without a trace of guilt. Where the phrase "Cairo time", is used to describe the mysterious way that time moves slower than a feeble papyrus boat floating up the Nile; When someone says, "let's meet in an hour, in Egypt they actually mean, "lets meet in six hours...maybe...InshaAllah (god-willing)".

Since visiting Egypt I have traveled to a few other countries where the art of laziness has been celebrated and   practiced heavily - there might be nobody in the world who moves slower than a middle-aged Kurdish woman, or a vehicle that travels slower than a clunky Ethiopian bus- but it seems that where I have found myself now, in Shiraz, Iran, I am actually absorbing the slow-paced relaxed culture to the point I feel I may actually be morphing into some sort of sloth-like animal. Days often begin for me at 3pm, and dinners are often eaten after midnight. I fall asleep with the birds like a true nocturnal hobo; lazing on the sofa sipping rose sharbat like some orientalist's fantasy or aimlessly joyriding around the city like a wayward dervish in slow motion, stopping only to puff on a sheesha pipe or wander the Hafez tomb by the light of a waxing crescent moon.

It is April 16th. I have been on the road now for 3 months, and admittedly it is sort of nice to have this lull - where I lose count of how many days I have been in Shiraz, or what I have actually been doing with my time. It is strange in some way - sometimes I forget that I am in Iran at all, except when I have to leave the lovely house I am staying at, put on my headscarf, and go hangout with a group of people who speak little English. Or when I realize that the things I completely take for granted in Canada -like holding hands in the street, going for a casual pint of beer- are illegal here. Each city in Iran sort of has its own reputation - Isfahani's are known to be stingy and cheap, people from Abadan are considered to be slightly narcissistic beneath their Ray-Bans, while Shirazi's are - you guessed it-, known for their laziness.  I think I picked the right city to drop anchor in for awhile; it seems I fit right in. There is an Iranian saying that goes something like "Why would a wise man do something that he might regret afterwards?" but in Shiraz it is more akin to "Why would a wise man do anything at all?". 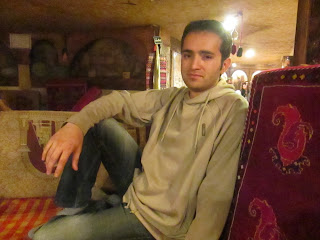 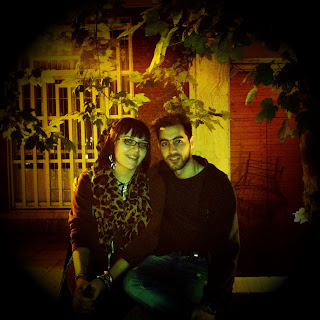 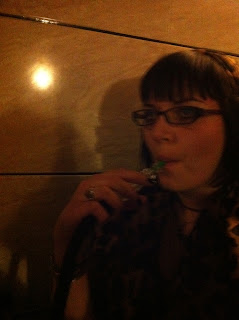 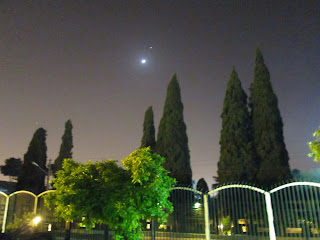 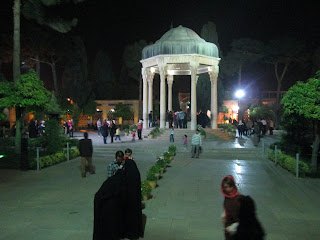 Important Farsi words that I have learned thus far:

Merci Mamnoon - thank you thank you

Dooset Daram - I like you very much or sometimes maybe possibly love you, depending on the circumstance

Jigareto Bokhoraam - a flirtatious way of saying you find someone attractive but awkwardly it directly translates to: "I want to eat your liver" 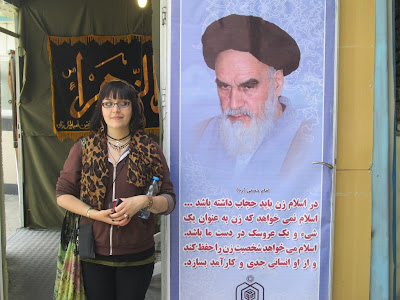