There are perhaps few concepts that I am more conflicted on than that of the word, "fate".

One cannot reference "fate" without taking note of it's unpleasant linguistic relation to "fatalism", to be "fatalistic", or just generally the simple root word, "fatal". A person who's attitude is fatalistic is generally not someone we might want to spend much time with. Accidentally ingesting a poisonous substance deemed fatal, might be a rather unfortunate choice. Your illness is fatal? Not exactly the greatest news. Etc.

One might favour the slightly more appealing: "fatale" (as in a "femme fatale"), but it seems to me that besides this mysterious cigarette smoking exception, the word 'fate' and all its related variations generally conjure up negative, "ill - fated" reactions in not only myself, but a general swath of the population.

The Latin's came up with the term "Amor Fati" - that is, to love ones 'fate' and to see that all things that happen, both good and bad, are necessary and that one should love it all, every elation and equally every misfortune suffered. German philosopher Friedrich Nietzsche was quite the fan of Amor Fati, and like to write poetic things about it, in between suffering mental breakdowns and smoking opium.

"I want to learn more and more to see as beautiful what is necessary in things; then I shall be one of those who make things beautiful. Amor fati: let that be my love henceforth! I do not want to wage war against what is ugly. I do not want to accuse; I do not even want to accuse those who accuse. Looking away shall be my only negation. And all in all and on the whole: some day I wish to be only a yes-sayer!!"
- Friedrich Nietzsche


I once got into a heated argument with an ex-boyfriend over the term, 'fate', and our general differing opinion on it. Perhaps sensing that a discussion of this magnitude after only a month of knowing each other would undoubtedly be a recipe for disaster, he took a large swig of beer and laid his cards on the wooden pub table: "I don't believe in fate."  I countered this with a large swilling of Gin and recoiled in horror, not so much playing devils advocate as voicing my own unsure beliefs: "You mean to say that nothing for you has any meaning, that you don't believe things happen for a REASON??!!"

Suffice to say, the evening didn't end so well.

Now that I am older and presumably wiser, my belief in fate has become somewhat muted. Fate can unfortunately often be an excuse to be lazy, to go with the flow, and to simply accept any given current circumstances, wasting away on the laurels of complacency that things are the way they should be. I have long been an avid devotee of 'taking charge of ones fate' - that is, to make a goal, a plan -however improbable- and become obsessed with it such that, for lack of a better word, you "make your dreams come true". This is all fairly in opposition with the idea that our destiny is predetermined. If fate is in control, than how exactly can I "take charge" of the situation?? It's all a bit convoluted. If everything has a meaning, and somehow "it is written" (the meaning of the word "Maktoob" in Arabic), then how can I write my own story the way I, as the control freak that I am, want to? Then again, when coincidental and auspicious events happen (and they really do seem to happen a lot), and it seems that the universe is giving away certain clues and signs, how can that be unless somehow there is such a thing as fate and these things are "meant to happen"?? Alternately, I might just be a crazy person who sees signs in everything.

This might all be a bit heavy and absurd to think about on a Monday morning, but the reason for me writing this is that often I find my own choices and decisions are made with a regard to somehow thinking what seems to fit in most with the so-called 'fate' I want for myself. When events happen that dovetail nicely with some particular idea I have for myself, or excite me, I like to call those circumstances "fate", as though it somehow solidifies any otherwise precarious and ill-advised plan. Recently, me and a friend of mine applied on a whim to teach English in Cairo, and as luck would have it, over a month later we have received an email basically offering us the job. Cairo certainly isn't the most stable place in the world right now, and despite my love of the region, I'm sure some friends and family are re-coiling at the thought of it. Yet there is that nagging little part of me that is convinced that this is the path I am "meant" to take - and it certainly doesn't hurt that I keep seeing those rather auspicious signs everywhere I go, nudging me that this is what I want to do, those little random reminders of Cairo.

"Fate is the mistake that was meant to happen. It’s the accident that is no accident.... There are some things that constrain our lives, that limit us somehow, whether it be a family history, a genetic predisposition, a specific fault, or an omission that wounds us. I know a lot of young people who are older than their years because they’ve been trapped inside old family stories or attitudes. I call these limits that we did not choose, but that we must live with, “fate.” When we face our fate, we find our destiny, which is our soul’s destination in life. That which limits us has within it the seeds of that which can help us transcend our limitations. Through the exact twists of fate we find our own unique soul."

Of course this sort of writing tends to provoke the ire of people who hate the word "fate", most probably because of the over-use of the word, "soul", which at some point becomes pretty ridiculous to define and then the whole bit gets thrown out as hippy-drippy speak, some sort of "Eat Pray Love" mantra.

Whether or not it is fate that within the month I end up back in Egypt, or whether it is simply due to my own arbitrary and perhaps reckless choices, is for the Universe to know and me to never find out.

Wish me luck on the phone interview. 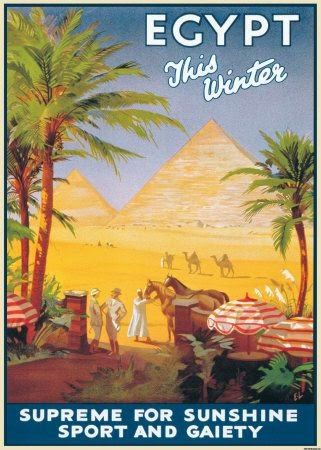