Of sunny days and short fuses.

Summer is in full swing here in Calgary - that short fleeting season of endless outdoor festivals, iced lattes, patio beers, backyard BBQ's and mosquito bitten flip flopp'ed feet. The season of urgency and sunkissed skin, of tinted lenses and slurpee sticky hands, late night thunderstorms and lawnmowers buzzing, the time of year that makes extroverts of introverts, and social butterflies of committed homebound hermits - after all, no one really wants to be like Morrissey, spending warm summer days indoors, writing frightening verse to a buck-tooth girl in Luxembourg.

Sitting idly at my desk at work, the air conditioning unit blazes away while the sun still manages to seep its fatigue inducing warmth through the window onto the corner of my chair; the sunny days just seem to melt one into the other -hard to imagine that in a few months there will be snow on the ground once again (and that really isn't pessimism talking, but just the reality of life on these unfortunate Canadian prairies).

This morning I was privy to a rather odd interaction relating somehow to the summer weather; as I sat on the bus to work, wearing my usual attire of denim cut-off shorts, tank top, cardigan and sandals, a sun burnt old man (who was being rather oddly chaperoned by two attractive Asian 20- something ladies), began talking to me such that I had to remove my headphones and ask him to repeat himself:

"Are you wearing anything down there?" he asked, bemused, as he pointed to his crotch and I glanced down at my lap, covered by my purse and a book, slightly confused, slightly horrified.

Apparently my seated position and carry-on parcels had obscured the view such that the poor dottering old man thought I was in my underwear on the bus - imagine that!! His two "caregivers" (nurses, wives, girlfriends- who knows), laughed and smiled and I adjusted myself, and replied curtly, "I'm wearing shorts - but thanks for noticing".

I wanted to tell him where to shove his cane, and to take note of the fact that he too was wearing short-shorts, (an all white ensemble that conjured up images of pasty privileged white men in Palm Springs who have no doubt drank too many glasses of scotch and are making disparaging remarks about the hotel help), and that it generally isn't polite to make commentary on the percentage of near-nudity exhibited by sweaty people on the morning bus, but I decided for my own sanity it was best to write him off as a senile old fart who meant no harm.

It did give me flashbacks to last summer though, and the infamous "Mashallah" men of Istanbul -those mustachioed beasts lurking on low stools, sipping tea in various alleys throughout Tarlabasi- who made sure to always make a remark on how much leg I happened to be showing as I swiftly walked down the street in my obviously-much-too-short-shorts.

Summer is a tough season for a girl to keep her cool in, especially when under various grades of sexual harassment -no matter what corner of the globe. I take some solace that at least I am not living in a country where, in some absurd defense of quasi-modesty, women are discouraged from laughing in public  -as Turkey's deputy Prime Minister was recently quoted as saying. As if my feminine blood wasn't already reaching dangerous internal temperatures - such idiocies take it from a gentle simmer to a full on raging blood-boil. It  always makes me wonder - do men who make these sorts of comments truly not see how irrelevant their statements are? How self important and grandiose does a person have to be to think that their opinion is of any importance? Who asked you to open your damn mouth anyways? Who asked you to look at me?? I am wearing shorts because it is HOT outside, you ignorant buffoons - I honest to god can't wrap my head around the level of privilege that men who make comments on women's appearance, to total strangers, must feel. You don't see me outing every bald head or beer gut I see, do you? How about you shut your cake hole and let me and my booty live in peace?

Times like these I know I need to just grab (another) iced latte and head for the nearest body of water to cool off. I do miss my beloved Istanbul Bosphorous, with its fishy breezes and shisha pipe cafes on a warm, tiring summer day - lazing on the evening ferry, watching the sun set. I crave being near a body of water, even if I'm not much of a swimmer (and lord knows what kind of lecherous old men are lurking around Calgary's pools); At least I have the lovely Bow river to stroll along and sink into my own reveries, where nobody notices the length of my inseams, nobody ruins the skyline with their arbitrary remarks, nobody has the audacity to spoil the sunshine. 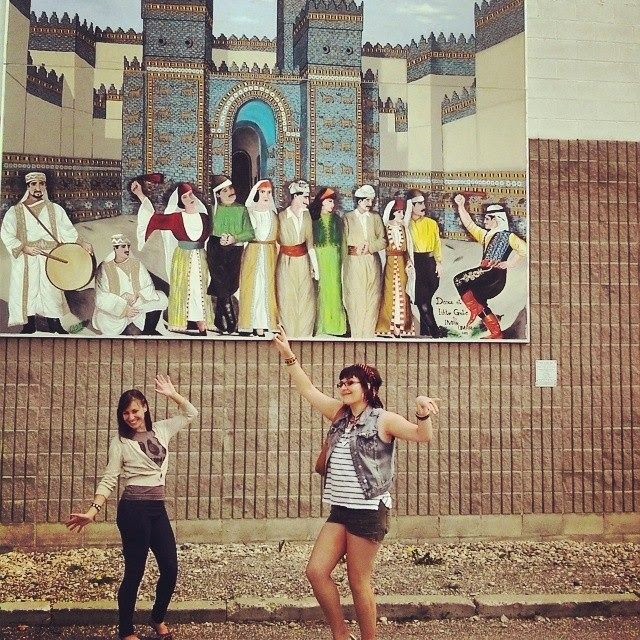