Another kind of Mecca 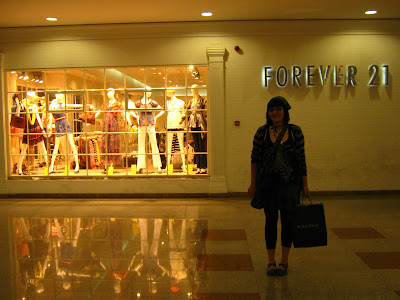 This might not be what people want to hear about my time spent in the exotic mythical 'East' but today I spent 4 hours...at the mall.

Not just any mall mind you, 2 malls in fact: the Amman City mall, and the larger, slightly less expensive "Mecca mall", both located in Amman, Jordan.

What a fascinating day, really.

First off, both these malls were HUGE, dwarfing any malls that we have back in my hometown of Calgary (maybe excluding that monstrous one out in Balzac), and were a universe away from the scene here in downtown Amman, where the men grossly outnumber the women and today I had a plastic bottle thrown at me, maybe for showing my...ankles? I dont know what happened really, except that I ran off, swearing.

At the mall it was much different: Jordanian women wearing high heels and skinny jeans, shopping at the Chanel counter, long hair flowing free. Teenagers going to the movies and eating candy. Families shopping for toasters at the giant discount "Walmart"-like store. I honestly forgot at times that I was even in another country....and I suppose eating a whopper and walking past a Second Cup cafe helped with the travel amnesia (though having to go through a metal detector to enter the mall was a rather new experience). It was so interesting to see the contrasts....women like the aforementioned, looking as European as any in Paris, next to a man in the white robe and Bedouin scarf, next to a store selling expensive sequined hijabs next to a racy Victorias secret underwear shop.

It might seem absurd to travel half around the world only to go to a Forever 21 to buy cheap jeans and eat American food and wander the air conditioned halls of a mall....but it was a neat slice of honest life in Amman (for the middle/upper classes that is), and I guess a rather welcome break from the chaos of downtown Amman....not to mention that after over a week spent in the desert, living with the Bedouin and going days without proper showers, it was nice to have the luxuries of city life. Lets be honest here, illusions and romanticizations be damned!

More importantly, I got some much needed shorts and a new toothbrush.